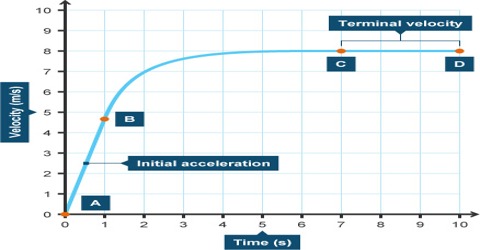 We know, a falling body travels downward due to the influence of gravitational force. So, when a body continues to fall down through a liquid or a gas, then the lay of the liquid or gas which come in contact with the body, they are being dragged by body along with it. So, relative velocities originate between different layers of the liquid or gas. But the viscosity of the liquid or gas tries to retard these relative velocities. If the size of the falling body is small, then within short time gravitational force and oppositely directed viscous force will be equal to each other. Then the body does not have any acceleration. But due to inertia the body continues to fall at a constant velocity. This velocity is called terminal velocity. 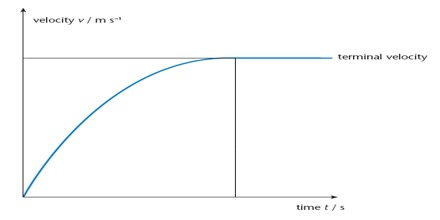 Definition: When a body falling through a fluid drags fluids around the path through which it falls and as a result a relative motion between different layers of the fluid is created. This relative motion is resisted by viscous force. This opposite force increases with the velocity of the body and if the body is small it soon becomes equal to the force creating motion. In this state, the body falls at a constant velocity. This velocity is called terminal velocity. That means, the constant velocity of a body falling through a liquid is called terminal velocity.

Explanation: Water with Capillary Tube Depending on Angle of Contact

Factors that Influencing the Surface Tension of a Liquid