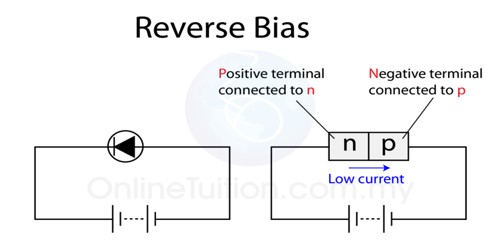 From the above discussion, it is realized that p-n junction is a unidirectional device which generates current flow in one direction. The p-type region of a diode is called the anode and the n-type region is called cathode. In the figure, a triangle indicates the direction of current in the forward bias.

Example: What happens in the depletion layer during reverse bias?

When the junction is in reverse bias then diffusion of charges stops. So the width of the depletion region increases. The main flow of the current of electrons and holes almost also disappear.