The two alcohols of most importance in fuel technology are the two most structurally simple: methanol and ethanol. Both are good fuels for spark ignition engines, having high octane ratings. Ethanol is made from fermentation processes, either from sugar directly or from sugar made by breaking down the starch in corn or sorghum. The ‘selling point’ of ethanol is its carbon neutrality by reason of its plant origin. With methanol matters are not so straightforward. Methanol made from the decomposition of biomass, or from synthesis gas made from biomass, is carbon neutral. Methanol made from natural gas or from coal via synthesis gas is not carbon neutral. 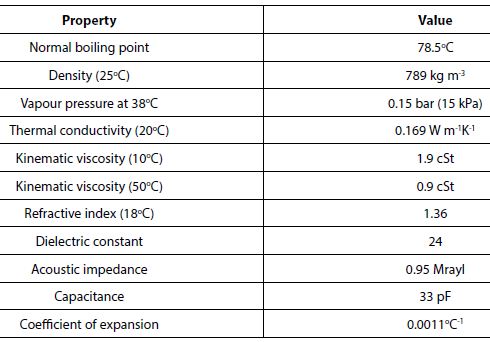 If the viscosity calculation performed above for methanol is repeated for ethanol the result is: