Pour points of lubricating oils are very low, almost always below -20°C. Particle deposition from lubricating oil is not from any process akin to ‘freezing’ but from breakdown of the oil over a sustained period of usage resulting in carbon particle formation. This is of course an example of hydrolysis, which is a chemical phenomenon. The propensity of a particular lubricating oil to carbon deposition is determined as the carbon residue, which is the percentage by weight of solid remaining after the oil has been totally evaporated.

Hydrolysis will occur in a small degree concurrently with evaporation in such a test. Carbon residues so measured of 1 to 2% are expected for lubricant motor oils. 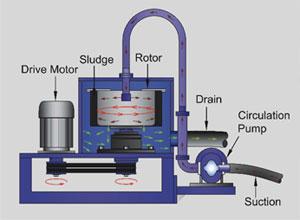 The oil specifications of which are given above is in fact a ‘semi-synthetic oil’, that is, it is composed partly of petroleum based material and partly of synthetic oil. Synthetic motor oils are made from alpha olefins of C2O and other organic compounds including diesters, so their only relevance in a chapter concerned with refinery residue is that they are blended with mineral oil as noted. Alpha olefins are made from petroleum distillate by cracking, therefore so-called synthetic oils are actually extensively processed petroleum stock. The Society of Automotive Engineers (SAE) terminology for oils applies to synthetics and to semi-synthetics as well as to purely mineral oils.

What do you mean by Aromatic Hydrocarbons and Aromaticity?

Define and Describe on Catenation