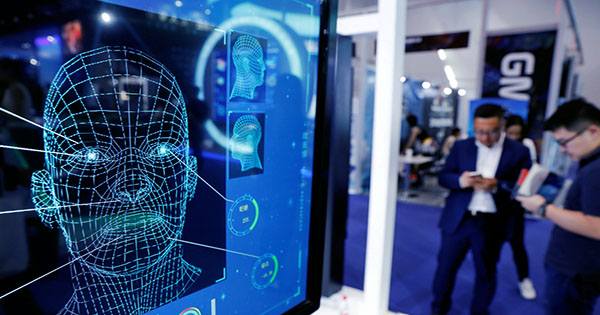 “We’re introducing Facial Recognition!” exclaims a flier distributed to some Scottish parents, outlining a new means of paying for school lunches. However, concerns over children’s privacy and data protection have arisen because of the shift. Nine schools in North Ayrshire have implemented the biometric payment system, with 65 more on the way, according to reports. “Facial Recognition is a quick, straightforward identification system that allows learners to select their food, glance at the camera, and go,” CRB Cunninghams said in a statement, adding that the program works even when wearing a facemask.

“The software puts your child’s physical attributes into an encrypted (using AES 256) string of characters known as a template,” according to a FAQ sheet. “The software reads crucial features (distance between facial features) and compares this against the database of registered users” when a youngster looks into the camera. “If there is a less intrusive way, it should be employed,” Professor Fraser Sampson, Commissioner for the Retention and Use of Biometric Material and Surveillance Camera Commissioner, told the Financial Times.

The technique was introduced for hygiene and timesavings, with the company claiming that the method is completely contactless and takes only five seconds.

According to David Swanston, managing director of CRB Cunninghams, “it’s the fastest means of recognising someone at the till.” “You have around a 25-minute period in a secondary school to serve up to 1,000 students.” As a result, we require high throughput at the point of sale.” The privacy issue addressed in the FAQ document given to parents, which states that in addition to the face data encrypted, it will be removed if a child leaves the school or opts out of the system. As an alternate payment method, you can use a PIN.

The Information Commissioner’s Office (ICO) said it would contact North Ayrshire Council about the facial recognition payment system. The ICO is an independent organisation tasked with upholding information rights in the United Kingdom.

Facial recognition combines physical features into a unique digital signature that may use swiftly and securely to locate your child’s cashless catering account. This speeds up service and eliminates the need for cash or a backup form of access, such as a card that could be lost or stolen. In light of the COVID outbreak, the approach also eliminates the need physically touch equipment making school lunch purchases fully contactless and safe.