Home Technology For the first time, robots allow fish and bees to communicate with each other 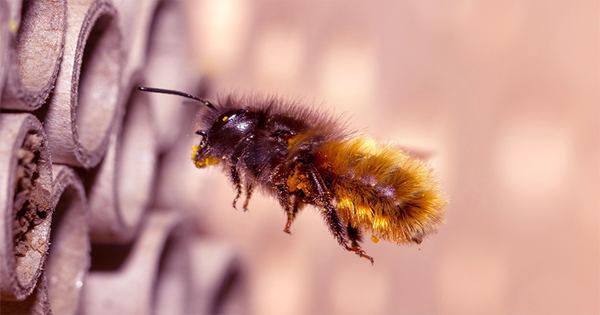 Humans have been able to communicate with other species with some success, but now, researchers have allowed two very different animals to “talk” to each other using robots. Animal communication is fascinating and often complex people understand.

As published in Science Robotics, the team arranged for a group of bees based in Austria to telecommunicate with a group of fish living in Switzerland. Each group of animals had a robotic part that would act as a communication relay, connecting the two groups and, consequently, affecting their behavior.

The fish robot can change its color, size, and how it was moved. Each robot records the signals generated by its assigned species, transmits it to another robot, and then translates the incoming message into something that its species can understand. The robots in each group emit specific signals to that species. Bee robots vibrate, change temperature, and ventilate.

“Species begin to adopt some of each other’s characteristics. Bees become somewhat more restless than usual and the risk of swarming is reduced, and fish usually begin to gather more than they do.”  Frank Bonnet, the lead author at the Biorobotics Laboratory (BioRob) at the Ecole Polytechnique Federale de Lausanne, said in a statement.  “We have built an unprecedented bridge between the two animal communities, enabling them to exchange some mobility.”

The researchers said that after 25 minutes the two animal groups were integrated. The fish began to swim in the opposite direction around their tank, while the bees swung around one of their robotic terminals.  The two species communicate despite being 70,000 kilometers (435 miles) apart and having experienced various aspects of the world. At first, their interactions and reactions were chaotic but they eventually found a common ground.

Gradually the two groups of animals came to a common conclusion through the exchange of different information. “The robots acted as if they were negotiators and interpreters at an international conference,” explained Francesco Mondada, a professor at BioRob.

In the future, similar methods may encourage conservation efforts by encouraging animals to stay in safer places or by employing them to monitor the environment.  This study has multiple applications. The new method can help robotics engineers capture, translate, and understand biological signals. Meanwhile, biologists can use it to better understand the behavior and interaction of animals in ecosystems.