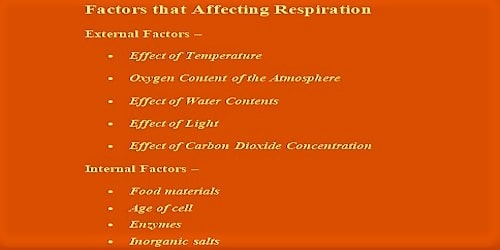 The breakdown of food to discharge energy is called respiration. The key food used by cells for respiration is glucose. Respiration converts oxygen and the sugars generated during photosynthesis into carbon dioxide, water, and energy.

Affecting Factors of Respiration may either be external or internal:

Fat or Oil in Foods

What is a Calorie?