Home Business Which Factors Influencing the Meaning of Business Communication? 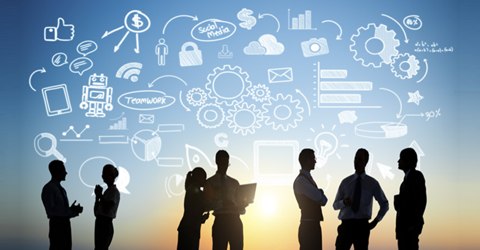 Communication is the exchange of facts, ideas, wishes and attitudes between or among persons. This exchange becomes fruitful when the receiver understands the meaning of message in the way sender encoded. However, several factors distort the meaning of a message in business. Some of these reasons are discussed below:

Positional difference: If sender and receiver hold different positions in the hierarchy, communication between them may fail. For example, superiors usually pay less attention to any message of their subordinates.

Educational difference: Difference in formal educational level of sender and receiver also influence the stunning of communication. If they have similar educational qualifications, communication will be effective. Because they are likely to hold similar persecution, understanding, feeling, thinking, view etc.

Emotional difference: Emotions and feelings of the parties involved in communication significantly affect the meaning of communication. For example, physicians are usually less emotional to patient than those of the relatives of the patients.

Difference in heredity: If there exists any difference in the heredity of sender and receiver, communication between them may be disrupted. Because of such difference, receiver may show either negligence or disinterest to sender’s message.

Misunderstanding of words: Communication in business also fails when people assign different meanings to same word. Such misunderstanding happens when technical words or jargons are used. Moreover, people may intentionally misinterpret the inner meaning of words.

Cultural diversity: When people from different cultural background communicate, misunderstanding and wrong interpretation of words may occur. For example, a manager tells that his superior will receive a document within ‘fortnight’. However, the superior understands that he will receive it in ‘forth night’ as the word ‘fortnight’ is unknown to him.

Limitations of Controlling in Business Management