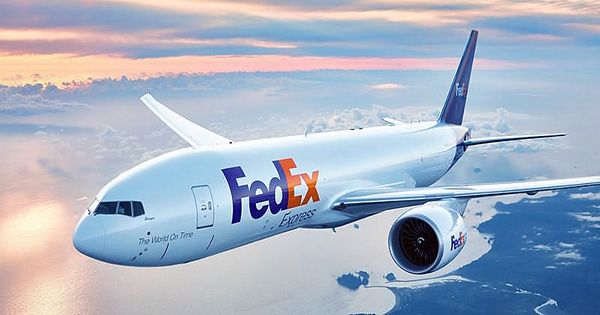 According to a Federal Register notice, FedEx has requested approval from the Federal Aviation Administration to install infrared laser countermeasures to protect their cargo planes against incoming heat-seeking missiles. The company believes that protecting civilian aircraft from such threats is now necessary. This comes after a series of missile assaults across the globe in recent years, the most noteworthy of which was Malaysia Airlines Flight MH17.

“In recent years, civilian aircraft have been fired upon by man-portable air-defense systems (MANPADS) on multiple occasions abroad,” FedEx notes in their application. “As a result, numerous businesses have designed and adapted systems for installation on civilian aircraft, such as a laser-based missile-defense system, to protect those aircraft from heat-seeking missiles. In order to disrupt the missile’s detection of the aircraft’s heat, the FedEx missile-defense system shoots infrared laser energy toward an oncoming missile.”

The new equipment would be installed on FedEx’s Airbus Model A321-200 aircraft, which are not yet part of the cargo fleet but must first obtain regulatory approval. While infrared lasers are effective at disrupting heat-seeking missiles, they can potentially harm the pilots and passengers board. These lasers can badly damage eyesight and even skin if they are powerful enough, but unlike visible lasers, infrared lasers are not visible to the naked eye and are therefore difficult to avoid. As a result, they do not cause the “blink reflex,” allowing the laser to continue to damage the unfortunate recipient’s retinas.

FedEx suggests a number of risk-avoidance tactics, as well as additional safety procedures that should be included in safety guidelines to guarantee that lasers are properly controlled. This is not the first time commercial airplanes have been fitted with anti-missile defense technology. Aviation Guard is a family of defense systems developed by Elta Systems that use radar to identify impending threats and deploy countermeasures.

It has been installed in several of Israel’s flight companies that go over high-risk locations on a regular basis. FedEx has already installed a directed infrared system called the Northrop Grumman Guardian on many of their planes, which is similar to the contemporary version they are seeking approval for. Following several attacks by shoulder-launched missiles, the Department of Homeland Security has been working hard to repurpose military defenses for civilian craft (MANPADS).