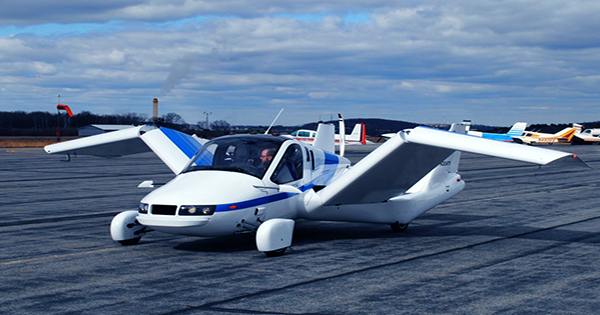 The first safety permit provided by Japan has granted to a flying automobile, allowing them to sell their eVTOL cars as early as 2025.

This is Japan’s first flying automobile, and it might pave the way for this decade to be known as the decade of flying cars.

The SD-03, SkyDrive’s eVTOL electric flying vehicle prototype, just completed a successful human flight demonstration in August 2020. The SD-03 has only one seat and is propelled by eight propellers in a quadcopter arrangement.

It has a range of roughly 10 minutes and can achieve peak speeds of 30 miles per hour (48 kilometers per hour). During the global premiere, a pilot lifted off vertically, flew around a test area, and landed safely.

SkyDrive has since sought a type certificate from the Ministry of Land, Infrastructure, Transport, and Tourism (MLIT) certifying the vehicle’s safety. The airplane is put through rigorous testing to determine its strength and flight capabilities, and the corporation must provide significant data and production plans connected to the design.

SkyDrive’s certification is a big step forward for flying cars because MLIT has never authorized a flying car for this certificate. The business now plans to continue working with the government to produce a safe electric car that can take off and land.

This circular – relates to the outline of such inspections regarding type certification and type design changes of aircraft manufactured in Japan as set out in the second chapter “Type Certification” of the circular “General Policies and Procedures for Certification / Inspection of Aircraft and Equipment”. (Circular No. 1-001) – Describes the inspection services provided by the government from the application for a type of certificate to its issuance and the procedures to be followed by the applicant.

In addition to the flow of type certification services described in item 6-2 of Circular No. 1-001, Figure 1 shows the flow of our services regarding the flow of services.

This Circular specifies the requirements for type certification of aircraft built in Japan. Engines and propellers are covered by type approval, as indicated in Chapter II (Reference 1) of Circular No. 1-001, and this Circular still applied to inspection processes for them.

The SD-03 is already used as a drone freight service in Japan, but with safety certification, SkyDrive hopes to launch a flying taxi service as early as 2025.