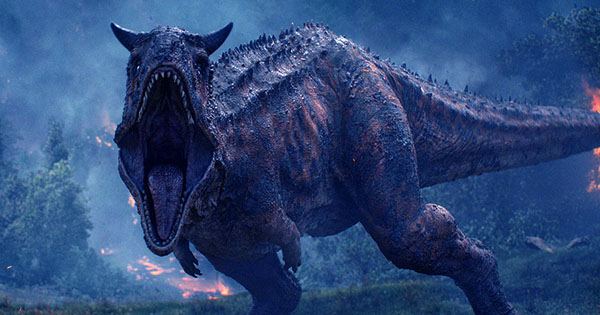 Carnotaurus was a bizarre dinosaur, with weird horns and short forelimbs that made T. rex’s look ineffective. However, it was discovered with a piece of preserved skin that could throw light on numerous other predatory dinosaurs. It’s taken an unusually long time for this skin to receive the thorough examination it deserves, but it’s finally happened.

A spectacular skeleton was unearthed in Patagonia’s Chubut Province in 1984. Carnotaurus sastrei (Sastre’s meat-eating bull, named for the farm’s owner) is a new species of therapod that represents a genus with several unusual traits.

The most astonishing aspect of the specimen, however, was without a doubt the best-preserved therapod skin ever discovered. Surprisingly, research on this skin has been limited. In Cretaceous Research, Dr. Christophe Hendrickx of Unidad Ejecutora Lillo and Dr. Phil Bell of the University of New England (Australia) have corrected this.

“We observed that the skin of this dinosaur was more diversified than previously assumed, consisting of huge and randomly dispersed conical studs surrounded by a network of small elongated, diamond-shaped or subcircular scales,” Hendrickx said in a release.

The scientists continue, “Contrary to previous interpretations, the feature scales are randomly distributed and neither form discrete rows nor indicate progressive fluctuations in size along portions of the body.”

Although there is a resemblance to Australia’s thorny devil, Bell believes the evolutionary benefits are not the same. Carnotaurus, at 8 meters (26 feet) long and arguably the largest carnivore in its area, didn’t need scales to protect it from predators, but wars between its own kinds were a different story. It’s thought that the unusual horn was utilized in mating contests.

However, rather than being solely defensive, the authors believe the skin “May have served a significant role in thermoregulation,” considering how difficult organisms this large find shedding extra heat. Carnotaurus was a quick runner, according to a previous study, thanks to tendons that connected its caudofemoralis muscle, which flexed the tail, to its legs. This would have increased its accelerating power at the expense of its turning ability. Carnotaurus took full advantage of this, producing the world’s largest caudofemoralis muscle.

The discovery of feathered dinosaur’s sparked suspicion that feathers were widespread during the Cretaceous period, but Carnotaurus demonstrates that there were plenty of scaly beasts as well.

No other Carnotaurus fossil has been discovered in 37 years, so it’s a good thing this one is so well preserved.