Red meat can be a good source of protein for active riders. But eating it every day—especially, if you choose packaged foods such as hot dogs, sausages, and salami, may increase your risk of heart disease. Replacing red meat with high-quality plant foods such as peanuts, nuts, or soybeans can be linked with a small reduction in the risk of coronary heart disease (CHD).

A team of U.S. researchers analyzed the relationship between the consumption of red meat—total, processed, and unprocessed—with the risk of heart disease. Studies that show inconsistent results often fail to compare red meat with similar protein and energy sources.

In order to resolve these concerns in the design and review of the report, a team of US researchers looked at the association between complete, refined, and unprocessed red meat and the risk of CHD and estimated the consequences of substituting other protein sources for CHD-risk red meat. They then estimated the benefits of substituting other protein types, such as whole grains, dairy foods, and eggs, for red meat at risk of heart disease. 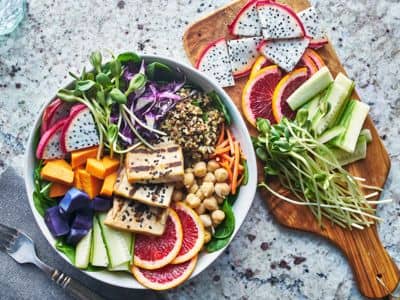 Their results are based on evidence from 43,272 US men (average age 53) in the Health Professionals Follow-Up Sample who were free from coronary disease and cancer while enrolled. Participants completed a comprehensive diet questionnaire in 1986 and every four years afterward, until 2016, and included updates about their medical records and lifestyle.

Hospital records have been used to document CHD incidents (fatal and non-fatal) during this 30-year period. During this time, 4,456 CHD incidents were recorded, 1,860 of which were fatal. After taking into account other cardiovascular risk factors, the researchers observed that the risk of heart failure was 11 percent greater for each serving of unprocessed red meat consumed daily. The danger was 15-percent higher for each serving of processed red meat consumed daily and 12-percent higher for the combined (processed and/or unprocessed) intake of red meat per day.

After taking into account other risk factors for cardiovascular disease, the researchers observed that a moderate (12 percent) higher risk of CHD was associated with total red meat for each serving per day. Related correlations were found for unprocessed (11 percent higher risk) and processed red meat (15 percent higher risk).

However, relative to red meat, the consumption of one serving a day of mixed plant protein sources, including almonds, legumes (such as peas, beans, and lentils), and soya was associated with a 14 percent lower risk of CHD. This risk was even lower (18 percent) for men over 65 years of age as compared to processed red meat (17 percent).

Substituting whole grains and dairy products (such as milk, cheese, and yogurt) for total red meat and processed red meat eggs were also associated with a lower CHD risk. This correlation was especially strong in younger men, who were associated with a 20% lower risk of CHD by replacing red meat with eggs.

The substitution of red meat with complete fish was not correlated with the risk of CHD. But the researchers claim that this may be attributed to the cooking technique (i.e. deep frying) and the fact that this food category often contained refined fish items. This is an empirical analysis so that the cause cannot be known, and after controlling for significant personal and lifestyle influences, researchers cannot rule out the likelihood that other undetermined factors may have affected their findings.

Furthermore, the research subjects were predominantly white health workers, so the results could not be more broadly relevant. However, this was a broad trial of repeated dietary interventions over 30 years of follow-up, indicating that the results were subject to review.

As such, their analysis reveals that higher intakes of total, unprocessed, and refined red meat are associated with a higher risk of CHD, independently of other risk factors for dietary and non-dietary cardiovascular disease.

Substituting whole grains or dairy goods for complete red meat and substituting eggs for refined red meat was also associated with a lower risk of CHD, they say.

“These findings are consistent with the effects of these foods on low-density lipoprotein cholesterol levels and support a health benefit of limiting red meat consumption and replacement with plant protein sources,” they explain.

This will also have major environmental benefits, they say. The advantages of these substitutions are mostly due to various reasons, according to the researchers; declining saturated fats and cholesterol as well as increasing unsaturated fats, fibers, and antioxidants such as vitamins, minerals and polyphenols may minimize the risk of cardiac disease.