Home Chemistry How can a Molecule of Hemoglobin (Hb) carry four molecules of Oxygen? 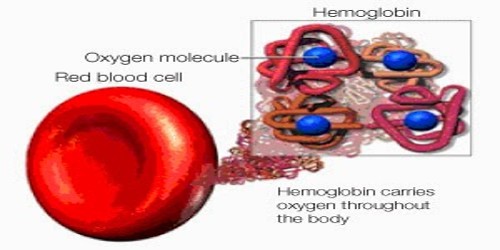 Hemoglobin (Hb) may be defined as a vital conjugated protein present inside the Red Blood Cells (RBC). It is the protein molecule in red blood cells that bear oxygen from the lungs to the body’s tissues and returns carbon dioxide from the tissues back to the lungs. Hemoglobin is made up of four subunits and can bind up to four oxygen molecules.

Iron is in ferrous (Fe++) form in heam and exists as 6 covalent states. By its four co-ordinate valency, it remains attached to N of the 4 pyrrole rings, and by its 5th valency to the N of the imidazole group in the associated globin, Only one co-ordinate valency is left. Oxygen combines loosely with this co-valency iron atom in the form of Hb oxygen. The majority of oxygen in the body is transported by hemoglobin, which is found in red blood cells. 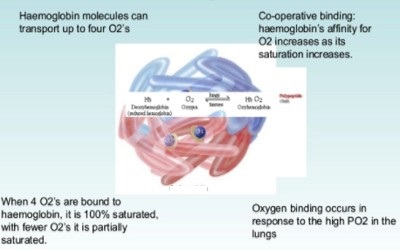 Why insensitive thirst occurs if one tries to drink Sea Water?