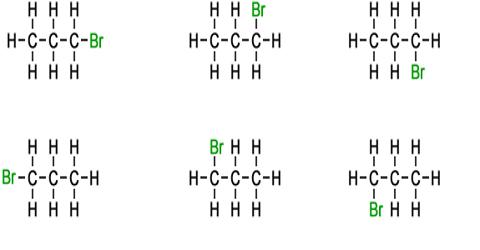 Haloalkanes are alkanes in which one or more of the hydrogen atoms has been replaced by a halogen atom. Haloalkanes show the following two types of isomerism. Uses of Halogeno Derivatives of Alkanes