Television is such a device by which we can hear the sound and watch the picture of the speakers on the s cvn from distant place. In 1926, Logy Beard was able to send pictures on television. On that day, the TV actor was a talking doll. 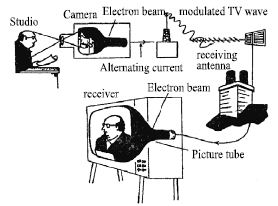