Home Business How the Ecosystem affect in Business Environment? 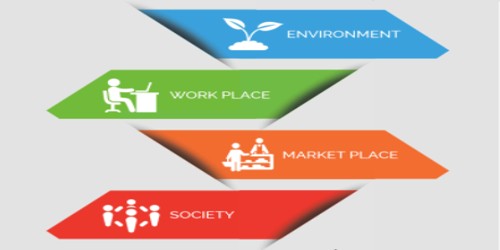 An ecosystem is a total ecological community both with living and nonliving. Ecological balance is a term used to describe the equilibrium between living organisms such as human being, plants, and animals as well as their environment. The effect of ecological system in business’s that are given below,

(a) Complexity of an ecosystem: It is the key point of ecosystem mankind is coining to understand and the intricately tied to many other clients to the chain of life of an ecosystem. These complexities have not been understood by experts businessmen have not realized the effect of their action. These lacks of understanding even the best of intentions may be unforeseen and undesirable results. The evidence is clear that each ecosystem present complex individualized factors and present capacity to foresee.

(c) Public visibility: The public visibility of some dysfunctions within the ecosystem. Business is more visible in its pollution than other institutions and more vulnerable to public criticism. It is easier to see the black or yellow smoke corning from a factory smokestack which may be polluting the air.

Conditions to be Scheduled Bank