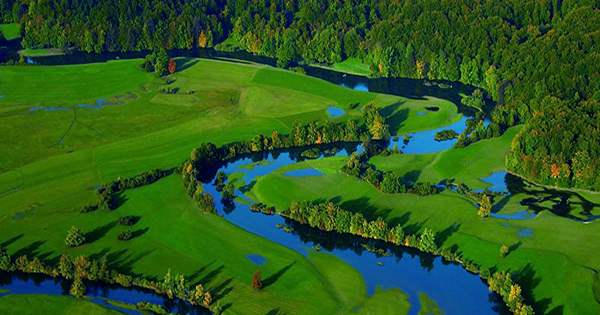 A study by University College London in England details how the current rise in climate has put the earth’s ecosystem at risk of sudden and catastrophic damage. Research published in the journal Nature indicates how global biodiversity can be reduced as a result of environmental catastrophes caused by temperature and climate change, and indicates that some of these disruptions are already ongoing.

Lead author Dr. Alex Pigot, from the UCL Centre for Biodiversity & Environment Research, said in a statement, “It’s not a slippery slope, it’s a kind of cliff edge of hitting different areas at different times.” “We have seen that the risks of climate change for biodiversity will not increase gradually. Instead, as the climate warms, most species in a particular region will be able to cope for some time before temperatures cross the threshold, while a large proportion of species will face what they have never experienced before. “

To reach their conclusion, Dr. Piaget and his team used climate model data from 2005 to 1850 to examine the historic historical threat to biodiversity in the United States and South Africa. They then cross-referenced this information with the habitat ranges of 30,652 species of birds, mammals, reptiles, amphibians, and fish using 100 x 100 kilometer (62 x 62 miles) square grid cells to determine which grids were likely to see an increase in sustained temperatures for more than five years. Their climate model estimates showed that in most ecosystems around the world, the next 10 years will see changes in conditions that push many organisms beyond their comfort zone. If unprecedented temperatures reach 2100, an average of 73 percent of organisms will see their environment transformed without niche recognition. Although it is possible that this threshold may be a spell of extinction, the researchers highlighted that it is unpredictable.

First author Dr Christopher Trisos, from the African Climate and Development Initiative, University of Cape Town, and National Socio-Environment Synthesis Center said, “Once the temperature in a particular region reaches a level that species have never experienced, we would expect extinction there, but not necessarily – we have no evidence of the ability of this species to survive beyond this species.”

Researchers posit that under a high-emissions scenario, a global temperature increase of 4°C by 2100 could see one in five constituent species in 15 percent of the world’s ecosystems cross this threshold for livable conditions. They predict that these changes could cause irreversible damage to the ecosystem’s efficiency. If emissions are reduced and temperatures rise by 2 degrees Celsius or less, this marginal event for one in five keystone species can be seen in only 2 percent or less of the ecosystems worldwide. Although there has been a significant improvement in 15 percent, the researchers warned that 2 percent contain most of our biodiversity ecosystems, such as coral reefs. They predict that by 2030 this effect will begin to be felt for the Earth’s tropical oceans. Their models also indicate that similar effects on biodiversity will be seen in some of the world’s largest forest ecosystems by 2050.

Dr. Pigot said, “Our research highlights the urgent need for climate change mitigation, reducing emissions immediately and severely, which could help save thousands of species from extinction.” “Keeping global warming below 2 degrees Celsius effectively will allow biodiversity risks to accumulate over the centuries, giving species and ecosystems more time to adapt to changing climates – whether by finding new habitats, changing their behavior, or supporting human-led conservation efforts.”