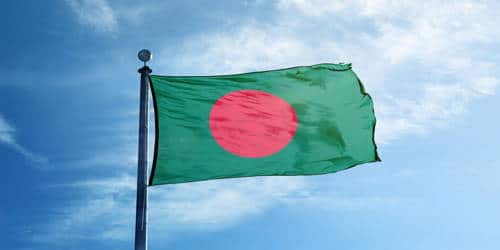 Whenever we see our national flag flying, our mind is filled with joy and hearts swell in pride. In our government office buildings, the national flag is hoisted. It is hoisted every day on our government offices and educational institutions. In other countries where there are our high commission offices, our flag is hoisted. In the UNO our country’s flag is also hoisted. Even while our Army personnel on their duty in peace-keeping missions in foreign countries also bear the flag. It is kept half-mast on our national mourning days. Our President, Prime Minister and other ministers move in flagged cars. We should uphold its honor by doing our work honestly and sincerely. We must keep it above all political, religious or ideological controversies. We are determined to keep its respect high at any cost. We feel proud of our national flag.