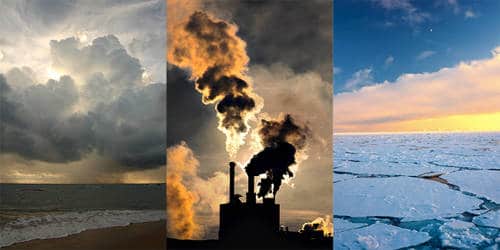 Climate change is the most important issue at present in the world. It refers to the rise in average surface temperatures on Earth. The cause of climate change can be divided into two categories. They are due to natural causes and the causes created by men. The primary cause of climate change is the burning of fossil fuels, such as oil and coal, which emit greenhouse gases into the atmosphere—primarily carbon dioxide. Global warming is the main natural reason and using harmful chemicals in everyday life is the main reason created by man. Other human activities, such as agriculture and deforestation, also contribute to the proliferation of greenhouse gases that cause climate change. Tree plantation can reduce global warming which is the main natural reason for climate change.

To reduce the bad impact of climate change people should be aware of it. Tree plantation can reduce global warming. Mass awareness about the environment and contribution of the international community in reducing greenhouse gas emissions can lessen the devastating change of climate. Avoiding the use of harmful chemicals can reduce environmental pollution. To materialize all these, Bangladesh has to work with the world community. Our warming climate is also creating a feedback loop as greenhouse gasses trapped in Arctic permafrost are released.