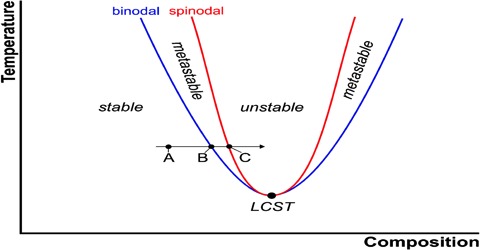 All systems so far described refer to constant pressure of the atmosphere or at any other constant pressure. Consequently, each t-c diagram is an isobar. However, if the pressure on such a system is changed the critical solution temperature is also found to change. The effect of pressure is governed by the Le Chatelier principle and the Clausius-Clapeyron equation. In general increase of pressure raises the lower CT and lowers the upper CST. Under appropriate pressures two CST’s may coincide with each other giving rise to complete miscibility at all temperatures. At one atmosphere pressure the two critical solution temperatures for water and secondary butyl alcohol are —12 °C and 114°C but at about 840 atmospheres the two CST’s are identical. 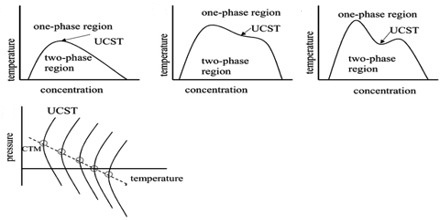