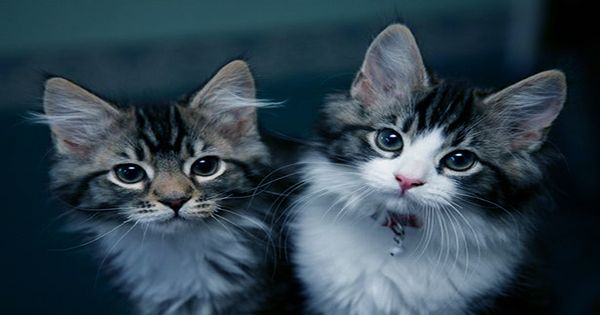 Hundreds of cats have been discovered dead, mutilated, and beheaded in Croydon, South London, since 2014. The strange deaths prompted indignation and speculation, with many assuming that a nasty cat serial murderer, nicknamed the “Croydon Cat Killer,” was to blame. Now, new research has chimed in on the dispute, claiming that foxes were the blame.

A team of researchers from the Royal Veterinary College in the United Kingdom conducted post-mortem tests on 32 cats discovered in suspicious circumstances in London, as published in the journal Veterinary Pathology.

No proof of human participation was identified through a combination of DNA testing, scientific imaging, and postmortem investigation. Instead, they claim that the mutilation is caused by scavenging by red foxes, which are common in the London region.

They found that 10 of the cats were predated an animal that eight died of cardiorespiratory failure, that 6 died of blunt force trauma (possibly a vehicle crash), that one died of ethylene glycol poisoning, and that another died of liver failure. Due to “severe mutilation,” the researchers were unable to determine the cause of death for the remaining 6 remains.

The vets discovered that the mutilation pattern of the cats studied was identical to the scavenging pattern of foxes on lambs after examining the carcasses. According to their results, the cats were either hunted by the foxes or died by other methods before scavenged. The fatalities were “likely to be the consequence of predation or scavenging by animals on cats killed in automobile incidents,” according to a Metropolitan Police investigation three years ago.

All of this, however, is unlikely to please die-hard fans of the “Croydon Cat Killer.” In recent years, over 400 cats have been discovered deceased in the Greater London region. Some pet owners discovered their cat mangled with surgical perfection in their front garden or porch.

There were even worries that the perpetrator might be weary of murdering pets and turn to people to satisfy his “dark and twisted sexual desires.” The story has sparked widespread interest in the United Kingdom, with a number of celebrities and animal rights organizations demanding for the alleged killer to apprehend. The police launched Operation Takahe to look into the fatalities, invest thousands of pounds and tens of thousands of hours to solve the case.

Others, on the other hand, have been dubious of the case from the start. According to Richard Ward, a criminal historian at the University of Exeter, the case is an example of moral panic, in which media attention and gossip inflate a societal issue beyond its genuine threat.

“The story of the ‘cat murderer’ demonstrated our proclivity to cherry-pick what we want from data, illustrating our proclivity to quit exploring when we think we’ve made a huge discovery or detected a certain trend.”

“It is the role of scientists – in this case, veterinary pathologists – to recognize and overcome confirmation bias,” said Dr. Henny Martineau, the study’s principal researcher and the Royal Veterinary College’s Head of Veterinary Forensic Pathology.

“As veterinary experts, we understand how terrible it is for a pet owner to lose a cherished pet, especially when the circumstances are unexplained or suspicious.” While the public’s fear for the safety of their pets is legitimate, they continued, “Our inquiry into the deaths of these cats illustrates the need of an evidence-based approach to reviewing instances like these.”