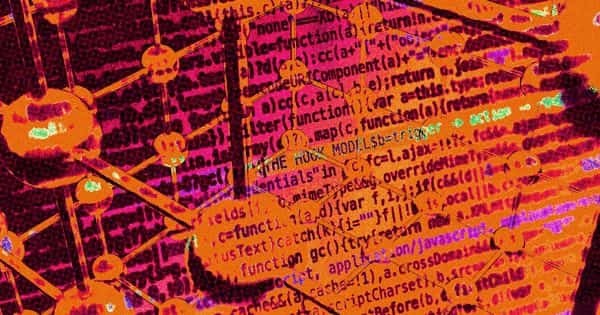 All matter in our environment exists as a solid, liquid, gas, or plasma. However, as our lives become more digitized, more physical matter, such as oil, silicon, and carbon, is needed to meet our insatiable demand for more computing power and information processing.

According to a paper published in the journal AIP Advances by University of Portsmouth physicist Melvin Vopson, the Earth is on the verge of a “information catastrophe.” This is because, according to Vopson’s calculations, digital information will account for half of the Earth’s mass by the year 2500, rendering its growth unsustainable.

It’s only a matter of time before digital bits outnumber all of Earth’s atoms, a future in which the entire planet is transformed into a planetary-sized supercomputer — and all of this points to an enticing theory: that information is no different from ordinary matter. In fact, according to Vopson, information should be considered the fifth state of matter (or sixth if you count Bose-Einstein condensates).

In ZME Science’s analysis, Vopson cites a theoretical framework he calls the mass-energy-information equivalence principle, which connects a number of distinct physical theories. First, there is Einstein’s general theory of relativity, which connects mass to energy. Then there’s physicist Rolf Launder’s theory that information processing has a fundamental energy cost, which Vopson combines to argue that digital bits have mass and should be classified as matter alongside solids, liquids, gases, and plasmas.

“Although information manifests itself in many formats, including analog information, biological DNA encoded information, and digital information, the most fundamental form is the binary digital bit because it can successfully represent or duplicate all existing forms of information,” Vopson explained to ZME about his research.

According to Vopson, physicists have always broadened their understanding of what constitutes the universe. Scientists discovered that the universe is made up of more than just baryonic matter (particles), but also radiation, dark matter and energy, and space-time as their sensing instruments and theories improved. Although it appears to be more abstract, information could naturally join them because it is such an integral part of “both non-organic matter and life.”

In his ZME interview, Vopson made some outlandish claims, such as the dark matter that holds galaxies together being made of information. Aside from that, he brings to light an important, often-overlooked issue: the fact that ever-expanding digital infrastructure may someday necessitate an unsustainable amount of energy that the planet simply cannot provide.

“Everyone should be interested in this because projections show that in the near future, we will produce so much digital content that the number of bits produced would equal all the atoms on Earth,” Vopson told ZME.

“So the question is, where do we keep this data? How are we going to power this? It serves as a wake-up call for the big data industries, internet behemoths, high-tech firms, energy research, and environmental research. “I call this the invisible crisis because it is truly an invisible problem today, but projections show a different story,” he added.