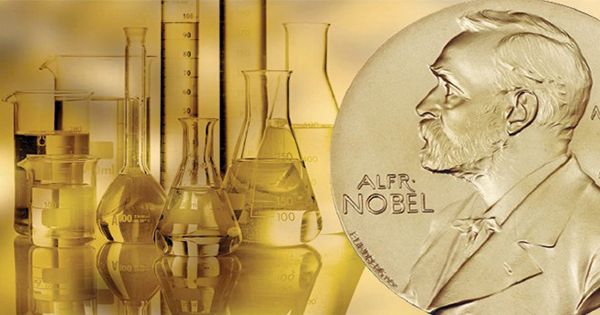 The Nobel Prize in Chemistry for 2021 has been awarded to Benjamin List and David MacMillan “for the creation of asymmetric organocatalysis” by the Royal Swedish Academy of Sciences. The prize money of 10 million kronor (about $1.14 million) will be split equally between the two. Organocatalysis is thought to be a terrific new method for building molecules. Substances are created through chemical reactions that can speed up by catalysts, which are frequently big molecules like enzymes or metals. The Nobel laureates discovered two decades ago that tiny organic molecules could also act as catalysts. These are currently essential tools for developing and manufacturing new medications and chemicals.

“This catalysis notion is as simple as it is brilliant, and many people have asked why we didn’t think of it sooner,” said Johan Qvist, chair of the Nobel Committee for Chemistry, in a statement. Organic catalysts feature a stable carbon framework and active chemical groups that are generally made up of common components like oxygen, nitrogen, sulfur, or phosphorus. These catalysts are more environmentally friendly and sustainable than metal catalysts. Catalysts contribute a significant amount to the global economy, therefore enhancing these approaches is critical to making the world a better place.

“Catalysts were probably a million times less efficient in comparison to what we have today,” Laureate Benjamin List stated at a press conference. “The true revolution of our finding, in my opinion, is only now surfacing with these incredibly reactive organocatalysts that can accomplish things that enzymes or even the most sophisticated metal complexes that people have made before couldn’t.”

The fact that the approach is asymmetric is one of the most intriguing aspects of it. Many molecules contain a mirror image, similar to how our hands are mirror pictures of one another. Limonene is a well-known example of this. It smells like oranges or lemons depending on whether it’s “left-handed” or “right-handed,” although it is the same molecule structurally.

Living organisms prefer molecule orientation. Every living entity on Earth, for example, employs left-handed amino acids (protein building blocks) and right-handed carbohydrates. As a result, it is frequently desirable to create molecules that are aware of this. Many catalytic procedures allow for equal amounts of either orientation, while asymmetric organocatalysis does not. These allow for the manufacture of one type over the other to prioritize. These approaches have also been used to create new compounds that can capture light in solar panels, outside of the world of new medication development.