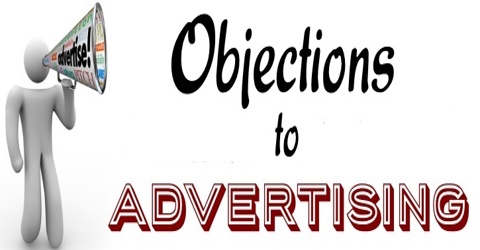 In the proceeding sections, you have noted the merits and limitations of advertising. Though advertising is one of the most frequently used medium of promotion of goods and services, it attracts lot of criticism. The opponents of advertising say that the expenditure on advertising is a social waste as it adds to the cost, multiplies the needs of people and undermines social values.

Adds to Cost: The opponents of advertising argue that advertising unnecessarily adds to the cost of product, which is ultimately passed on to the buyers in the form of high prices. This leads to a rise in the final price of the product which burden only falls on the buyer. This, of course, is inevitable. But one should think of the benefits derived from advertising.

Undermines Social Values: Another important criticism of advertising is that it undermines social values and promotes materialism. It breeds discontent among people as they come to know about new products and feel dissatisfied with their present state of affairs. Some advertisements show new life styles, which don’t find social approval.

Confuses the Buyers: Another criticism against advertisement is that so many products are being advertised which makes similar claims that the buyer gets confused as to which one is true and which one should be relied upon. For example, we may note similar claims of whiteness or stain removing abilities in competing brands of detergent powder or claims of whiteness of tooth or ‘feelings of freshness’ in competing brands of toothpaste that it is sometimes confusing to us as to which one to buy.

Fraud and Misleading: Advertising is an instrument of cheating in many situations. A good advertiser can sell anything. Producers advertise their products not with a view to serve the public, but with a view to dispose of their products, which are really not needed to the customers. They aim at earning profits by pushing out the dead stocks.