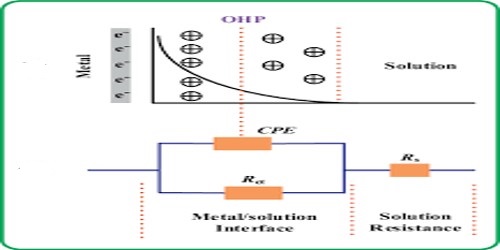 The origin of E.M.F. at metal Solution Interface

The origin of the potential difference between the two electrodes may be traced to the relative tendencies of zinc and copper, or any other metal to go into solution as ions. Zinc has a greater tendency to form ions than copper; that is why this familiar fact that when a zinc rod is dipped into a copper sulphate solution a deposit of copper metal is obtained. Nernst supposed that whenever an electrode is immersed into an electrolytic solution containing its ions (say copper electrode dipped into a solution containing Cu2+ ions), there is a tendency of the electrode metal to go into solution as ions. This is opposed by the positive charge on the ions.

Nernst equation relates the equilibrium potential of an half cell with the standard electrode potential, temperature, activity and reaction quotients of the reacting species. It is named after the German physical chemist Walther Nernst. 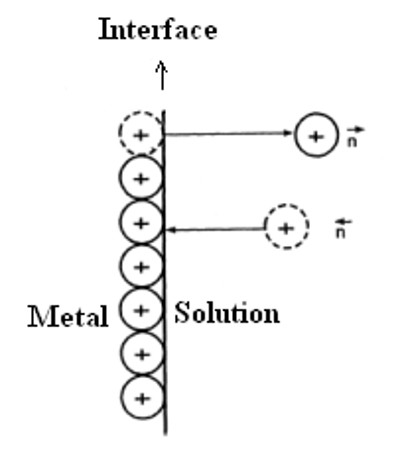 The standard potential of an electrode is the potential difference between a metal and its ions in solution of concentration one mol L-1.

Standard electrode potentials are used to compare the tendency of the metal to lose electrons or gain electrons.sup

Lewis Theory of Acids and Bases