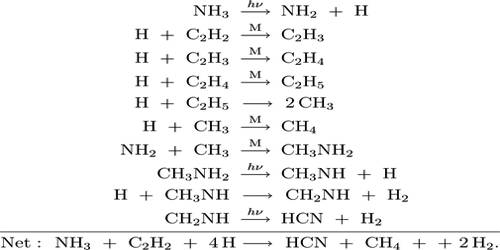 In photochemical decomposition of ammonia the quantum yield varies from about 0.1 to 0.5 depending on the temperature of the reaction. The low quantum yield in this reaction is not due to fluorescence but due to side reactions. The final products of the photolysis are hydrogen, nitrogen and hydrazine. The mechanism of the reaction is suggested to be as follows:

The fact that excited molecules in many cases, particularly in gaseous systems, cannot fluoresce due to loss of energy by collision is evident from the behavior of NO2 when excited by a radiation of about 400 nm. At atmospheric pressure fluorescence is very little but as the pressure is reduced fluorescence increases and becomes quite appreciable at pressures below 1 mm of Hg. The behavior is schematically shown in Figure. 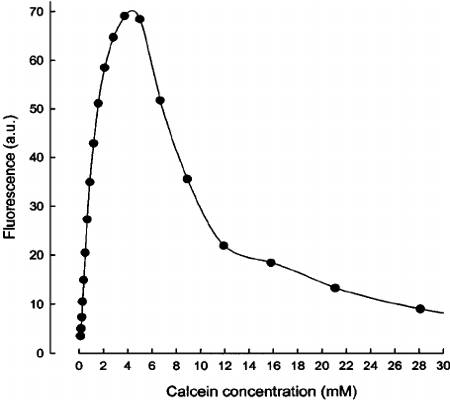 Fig: Fluorescence intensity of excited NO2 plotted against pressure

The photolysis of acetone vapour produces mainly C2H6 and CO according to the equation:

but the mechanism is not represented by this equation. A detailed study has shown the Presence of methane, biacetyl and CH3• radicals in the reaction. The accepted mechanism is

Rate Law and Mechanism of Reaction