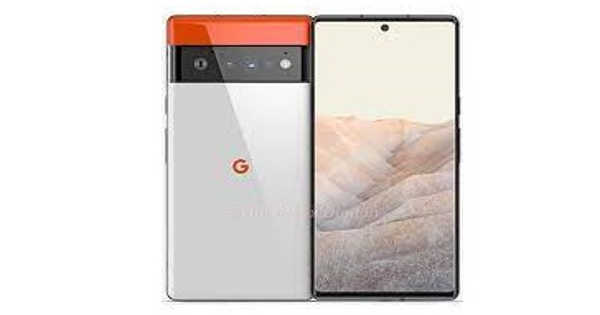 Qualcomm processors will not be used in Google’s next-generation Pixel 6 series. The decision may not have a significant impact on the chipset giant’s bottom line, but it may signal another major shift in the semiconductor industry. The announcement also marks Google’s official debut as a new entrant in designing custom silicon for its upcoming Pixel 6 and Pixel 6 Pro smartphones, which will be available in at least eight countries later this year. India, where Pixel devices haven’t fared well, isn’t among the first-wave countries.

Pixel 6 models, which will be available later this year with superfast 5G wireless capability, will feature Google’s own Tensor chip, which was designed along the lines of processors designed for data centers to enable computers to think more like humans.

With the announcement of this custom-built processor designed for Google’s next flagship phones, Mountain View joins Apple and Samsung in having smartphones with their own processors. It represents a significant shift in Google’s strategy as well as its overall direction as a premium smartphone player.

“It’s basically a mobile system on a chip designed around artificial intelligence,” Google devices senior vice president Rick Osterloh explained during a press conference at the company’s Silicon Valley headquarters. “We’re really looking forward to it. We’re laying the groundwork for the company to really take off.”

In a global smartphone market dominated by Samsung, Apple, and Chinese manufacturers, Google’s Pixel line has captured a meager share. Pixel phones have been viewed as a means for Google to demonstrate the capabilities of its free Android mobile operating system, thereby setting a precedent for other smartphone manufacturers.

“We’ve always thought about our hardware products in terms of driving computing forward,” Google CEO Sundar Pichai said. “Our custom Google Tensor chip, which has taken four years to develop and is based on Google’s two decades of computing experience, does exactly that.”

According to Osterloh, the Pixel 6 hardware and software combination improves the smartphone’s ability to understand what people say, paving the way for a future of “ambient computing.” The phrase refers to having conversational access to the internet or computing power at any time, as depicted in the 2013 science fiction romance film “Her.”

“It’s basically the idea that you should be able to interact naturally with computers all around you,” Osterloh explained. “For the foreseeable future, we see the mobile phone as the focal point.”

A demonstration showed that the smarter chip was also put to work improving photo and video capabilities, a nod to hot trends in sharing images and short-form snippets online. An array of photography sensors are housed in a band on the back of the smartphone, with the Pixel 6 having a 6.4-inch edge-to-edge screen and the Pro model having a slightly larger screen.

Google’s switch to Tensor comes at a time when the world is dealing with a global chip shortage that is impeding the production of products ranging from automobiles to computers. “It’s fortunate in some ways in that we kind of control our own destiny,” Osterloh said of the chip crunch. “We believe we can get through it and see it improving by the end of the year.”

The Pixel 6 release date and price have not been revealed. Although Google hasn’t revealed all of the Tensor SoC’s specifications yet, the custom chip is heavily reliant on artificial intelligence (AI) and machine learning. It incorporates a mobile TPU for AI-powered operations as well as a new Titan M2 security chip. Aside from that, we don’t know much about CPU, GPU, or other important metrics. We also don’t know who helped Google design the custom chip or if TSMC is involved in the processor’s production.

Google wants to control the primary technologies in a phone with the Pixel 6 and Pixel 6 Pro — silicon, hardware, software, cameras, and battery. The processor, or brain, of a smartphone, is critical to its performance and battery life. Google’s Pixel phones have been plagued by slow performance and poor battery life over time. Control over the silicon means Google has complete control over how its smartphones are designed, a strategy similar to Apple’s.