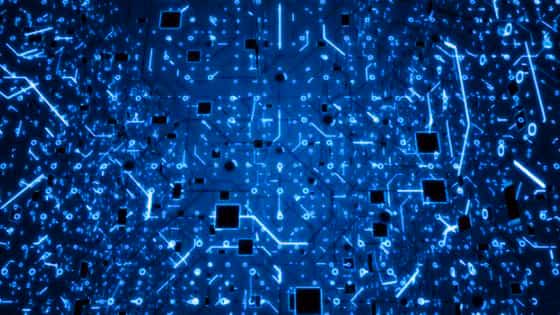 Quantum computation is a technique for controlling tiny objects, such as individual photons or electrons, to process information. These particles follow the rules of quantum mechanics, which are radically different from the laws of physics found in everyday life. For example, particles will occupy various positions and moments simultaneously—a property known as quantum superposition.

By harnessing the strange laws of quantum mechanics, quantum computing hopes to have an exponential benefit over classical computing. In other words, quantum computers might solve certain problems in time that are polynomially scaled to the input size, whereas the classical computer will take time that is exponentially scaled to the input size. This “quantum leap” in computing capacity is widely proclaimed groundbreaking in mass media.

Researchers have achieved a significant step toward quantum advantage computing research, accelerating the journey from theory to research to reality.

The team, led by Bristol researcher and Phasecraft co-founder, Dr. Ashley Montanaro, has discovered algorithms and analysis that greatly reduce the quantum hardware capability required to solve problems outside the scope of classical computing, including supercomputers. In the paper published in Physical Review B, the team shows how optimized quantum algorithms can solve the legendary Fermi-Hubbard model on near-term hardware.

The Fermi-Hubbard model is of crucial interest in condensed-matter physics as a model for highly coupled materials and as a means of understanding high-temperature superconductivity. Finding the ground state of the Fermi-Hubbard model has been projected to be one of the first uses of near-term quantum computers and one that provides a road to understanding and discovering new materials.

“Near-term quantum hardware would have small unit size and computation size. Phasecraft used new scientific theories and numerical tests to compile a very detailed analysis on the various methods for the solution of the Fermi-Hubbard model, zeroing in on strategies that are most likely to have the greatest effects and effect in the near future.

“The findings show that optimizing quantum circuits with a gate depth of significantly less than 1,000 might be necessary to solve instances of the Fermi-Hubbard model outside the capability of a supercomputer. This recent study reveals a big promise for the capability of near-term quantum devices to improve by about a factor of 10 on previous research findings.”

Physical Review B, published by the American Physical Society, is the leading professional journal of condensed-matter physics. The peer-reviewed academic paper was also selected as the Editors’ Suggestion and published in the Physics Journal.

Andrew Childs, Professor at the Department of Computer Science and the Institute for Advanced Computer Studies at the University of Maryland: “The Fermi-Hubbard model is a big problem in condensed-matter physics, and the Phasecraft team has taken remarkable steps to demonstrate how quantum computers can solve it. Their work indicates that surprisingly low-profile circuits may provide valuable knowledge about this model, making it more available to practical quantum hardware.”

Hartmut Neven, Chief of the Quantum Artificial Intelligence Lab, Google: “Sooner or later, quantum computing is on the way. Developing algorithms and technologies to power the first commercial implementations of early quantum computing hardware is the biggest challenge facing the industry that few are able to face. We are happy to be collaborators with Phasecraft, a team that is making quantum software advancements that could shorten that timeline by years.”

The founder of Phasecraft Dr. Toby Cubitt: “At Phasecraft, our team of pioneering quantum theorists has been studying and applying quantum theory for decades, leading some of the world’s leading academic and field study teams. Today, Ashley and his team have seen ways to move closer to new possibilities that remain only outside today’s technical bounds.”

Phasecraft has closed a record seed round for a quantum venture in the UK with 3.7m of private-sector VC investors, led by LocalGlobe and Episode1 along with previous investors. Former Songkick member Ian Hogarth has joined the phasecraft board chair. Phasecraft has previously raised a €750,000 pre-seed round led by the UCL Technology Fund with Parkwalk Advisors and the London Co-investment Fund, and has received many grants facilitated by InnovateUK. Phasecraft has gained more than £5.5m between venture investment and research grants.

Dr Toby Cubitt: “With new funds and sponsorship, we are able to pursue our innovative experiments and business partnerships to grow the quantum computing industry and to find practical applications sooner.”