Home Environmental Science Pollution from Fukushima Release Will Spread Widely, but There is Almost No Danger 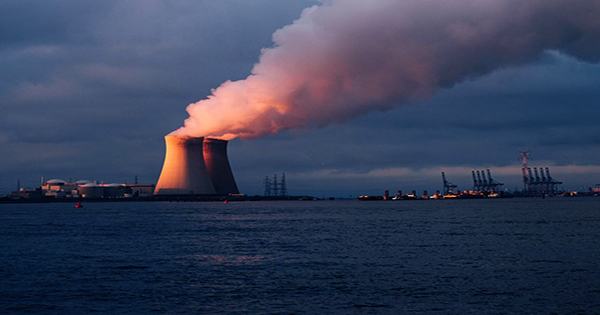 The Japanese government’s plan earlier this year to begin dumping radioactive water from Fukushima into the Pacific in 2023 sparked global fear and fury. A recent analysis suggests that tritium (hydrogen-3) released during the discharge will move swiftly across a large area of the Pacific, eventually leaking into adjacent seas. However, because the concentrations will be so insignificant, it will be the least of the hazards to Pacific ecosystems — assuming it even qualifies as a concern at all.

Following the 2011 tragedy at the Fukushima Daiichi nuclear power plant, this graphic allegedly depicting the spread of radiation from leaks into the ocean became widely circulated. The graphic, in reality, reflected the height of the tsunami waves, which killed thousands of people and caused three reactors to melt down.

This, however, raise the question of how far and how long radioactive particles that find their way into the water from the scheduled discharge would go. The solution can found in a study published in the National Science Review. Ocean currents would whisk pollutants from Japan over a large region – 30 degrees latitude by 40 degrees longitude, or more than a tenth of the Pacific – in less than 120 days, according to the research. The majority of the dispersion wills initially by longitude, forming a band over the Pacific centered around 35o north.

Radiation will reach the coastlines of faraway continents in around 1,200 days, or more than three years. Some will transit via the Panama Canal to reach the Atlantic after 2,400 days, while others will forced through the crevices between Southeast Asian islands by the enormous Indonesian Throughflow to reach the Indian Ocean at the same period.

All of these sounds ominous, which compounded the fact that “more than 60 radionuclides occur in the polluted water,” according to the study, many of these will be filtered out by secondary treatment, according to the report, and “tritium is the principal contaminant in the treated water that Japan has planned to dump.”

This is why the discharge’s consequences should not be overstated; tritium is far from the deadliest radioactive source available. When it decays to helium-3, it emits beta rays, although they pose such a low risk to humans that it used to make toys and watches shine, as well as a medical tracer.

Almost any shielding may block tritium’s beta radiation; the risk comes when water molecules containing tritium are drank or breathed in. However, because the body expels it fast, it does not bio-accumulate up the food chain.

Nonetheless, because tritium is by far the most abundant source of radioactivity in the dumping water, the authors modeled its distribution rather than that of heavier elements. Despite being nine times the distance from the source, the nature of the Pacific currents suggests there will be more Fukushima tritium off San Diego in the end than off Miyazaki.

Tritium levels in the Fukushima holding tanks were over 100 times higher than World Health Organization guidelines; according to a 2016 research, (US limits are considerably lower). However, if you dilute it in the world’s largest ocean, the concentration becomes virtually homeopathic. In one year, the LaHague reprocessing plant released 13 times the amount of tritium held at Fukushima into the English Channel.

The Huges Stretches of Siberia Are Currently On Fire