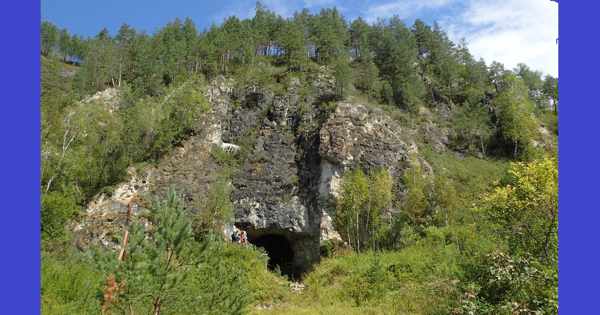 DNA was extracted from 728 sediment samples from Denisova Cave by researchers. Their research provides unprecedented detail about the site’s occupation by both archaic and modern humans over the last 300,000 years. The DNA of Neandertals and Denisovans, two types of archaic hominins who inhabited the cave, was discovered, as well as the DNA of modern humans, who appeared around the time of the emergence of an archaeological culture known as the Initial Upper Paleolithic around 45,000 years ago.

Denisova Cave, located in southern Siberia’s Altai Mountains, is famous for the discovery of Denisovans, an extinct form of archaic humans thought to have occupied large parts of central and eastern Asia. Neandertal remains have also been discovered at the site, as well as a bone from a child with a Neandertal mother and a Denisovan father, indicating that the two groups interacted in the area.

However, only eight bone fragments and teeth of Neandertals and Denisovans have been recovered so far from the Denisova Cave deposits, which span a time span of more than 300,000 years. There aren’t enough fossils to reconstruct the site’s occupational history in detail, or to link the various types of stone tools and other artifacts discovered in Denisova Cave to specific hominin groups. For example, the discovery of jewelry and pendants typical of the so-called Initial Upper Palaeolithic culture in approximately 45,000-year-old layers has sparked debate over whether these artifacts were created by Denisovans, Neandertals, or modern humans.

Researchers detected the DNA of Neandertals and Denisovans, the two forms of archaic hominins who inhabited the cave, and the DNA of modern humans who appeared around the time of the emergence of an archaeological culture called the Initial Upper Paleolithic around 45,000 years ago.

To study this unique site, Michael Shunkov of the Russian Academy of Sciences Siberian Branch assembled an interdisciplinary team of archaeologists, geneticists, geochronologists, and other scientists. The team has now completed the largest sediment DNA analysis from a single excavation site. “The analysis of sediment DNA provides a fantastic opportunity to combine the dates that we previously determined for the deposits in Denisova Cave with molecular evidence for the presence of people and fauna,” says Richard ‘Bert’ Roberts of the Australia’s University of Wollongong.

He and Zenobia Jacobs led a team of geochronologists who collected over 700 sediment samples in a dense grid from the exposed sediment profiles in the cave. “It took us more than a week just to collect samples from all three chambers in the cave and document their precise locations,” Jacobs says.

Elena Zavala, the study’s lead author, spent another two years in the lab after the samples arrived at the Max Planck Institute for Evolutionary Anthropology in Leipzig to extract and sequence small traces of ancient hominin and animal mitochondrial DNA from this massive collection of samples. “Our efforts paid off, and we found DNA from Denisovans, Neandertals, or ancient modern humans in 175 of the samples,” Zavala says.

When the DNA profiles were compared to the ages of the layers, the researchers discovered that the earliest hominin DNA belonged to Denisovans, indicating that the oldest stone tools at the site were made between 250,000 and 170,000 years ago. The first Neandertals arrived near the end of this time period, after which both Denisovans and Neandertals visited the site – except between 130,000 and 100,000 years ago when no Denisovan DNA was found in the sediments. The Denisovans who returned after this time had a different mitochondrial DNA, indicating that a different population had arrived in the region.

Modern human mitochondrial DNA first appears in layers containing Early Upper Palaeolithic tools and other objects, which are much more diverse than older layers. “Not only does this provide the first evidence of ancient modern humans at the site, but it also suggests that they may have brought new technology with them,” says Zavala.

The scientists studied animal DNA and discovered two time periods when both animal and hominin populations changed. The first occurred around 190,000 years ago, coinciding with a transition from a relatively warm (interglacial) to a relatively cold (glacial) climate when hyaena and bear populations changed and Neandertals first appeared in the cave. The second major shift occurred between 130,000 and 100,000 years ago, along with a shift in climate from cold to warm conditions. Denisovans were absent during this time, and animal populations shifted once more.

“I believe that our Russian colleagues who excavated this amazing site have set the standard for many future archaeological excavations by carefully collecting many samples from each archaeological layer for DNA analysis,” says Svante Pääbo, who initiated the study with the Russian team. “Generating such dense genetic data from an archaeological site is like a dream come true, and these are just the beginnings,” says senior author Matthias Meyer. “There is so much information hidden in sediments that we and many other geneticists will be kept busy for a lifetime.”

No, Hermit Crabs aren’t Hot for Plastic, Some Shrimps on the Other Hand