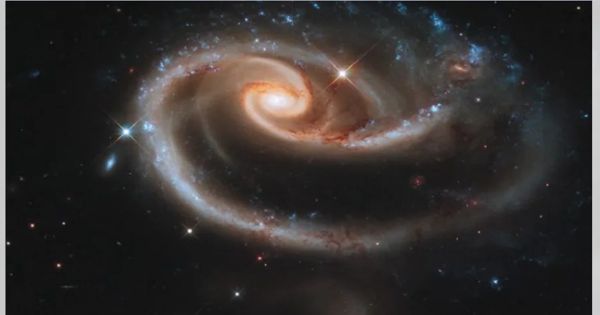 Traces of rare forms of iron and plutonium have been discovered at the bottom of the Pacific Ocean, following a cataclysm in outer space that created this radioactive material and sent it raining down on our planet. According to a report published in the journal Science, the extraterrestrial debris arrived on Earth within the last 10 million years. When it hit the Pacific Ocean and settled nearly a mile down, the material became incorporated into layers of a rock that was later hauled up and donated to researchers by a Japanese oil exploration company.

According to research published Thursday in the journal Science, the plutonium discovered by a Japanese oil company and donated to scientists is relatively young, at least when compared to the age of the rest of the universe. Because it is so new, scientists may be able to finally figure out how plutonium and other heavy elements are created inside the bellies of stars by studying it.

Researchers have identified traces of plutonium that came to Earth from a distant supernova and landed in the bottom of the Pacific Ocean.

“Just knowing that there is plutonium there is amazing,” said Brian Fields, an astronomer at the University of Illinois who was not involved in the study. “Right now, we only have trace amounts of material — after all, we’re dealing with hundreds of atoms here. But we should be grateful because they are made from exploding stars.”

The Australian National University’s Department of Physics discovered traces of interstellar plutonium at the bottom of the Pacific Ocean. According to scientists, the material arrived on Earth as a result of a supernova that occurred far away.

To be clear, this “freshly made” plutonium has still been on Earth for several times longer than humanity has — after all, no one was around to see it rain down from the sky. According to the Science paper, the researchers calculated that the plutonium is about 10 million years old and was delivered to Earth “within the last few million years.”

But now, after such a long journey and millions of years of dormancy beneath the ocean, the plutonium is in the hands of scientists, who may be able to determine where it came from.

The cosmic origins of elements such as plutonium, gold, and platinum remain a mystery. Several scientists who were not involved in the Science study told NPR that they do not believe a regular supernova would be powerful enough to produce them.

Other hypotheses include plutonium being produced by unusually explosive dying stars, neutron star mergers, or some other incredible cosmic event. “We don’t know exactly where they are produced or how much is produced in different locations,” Anton Wallner, physicist and study leader at the Australian National University, told NPR.

These new findings are amazing, according to Hendrik Schatz, a physicist at Michigan State University who was not part of the research team. While tantalizing hints of this type of plutonium have previously been discovered, he claims, “We were always hoping that someone would find a large enough sample in the deep-sea ocean sediments. We’ve been waiting for that for a long time.”

According to him, the new findings add to other evidence that the heaviest elements, such as plutonium, cannot be produced by ordinary supernovas. “It must be some rare occurrence, something else,” Schatz speculates. “There is a plethora of evidence pointing to multiple sources. Neutron star mergers are likely one of the more important sources, but they do not appear to explain all of the observations at this time.”

Measurements of other types of short-lived elements, according to Fields, could eventually help sort all of this out. And, while exploding stars may occasionally shower our planet with stardust, there is currently nothing massive nearby that could go supernova and send a blast of life-obliterating radiation our way.