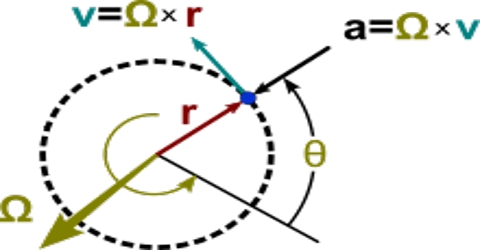 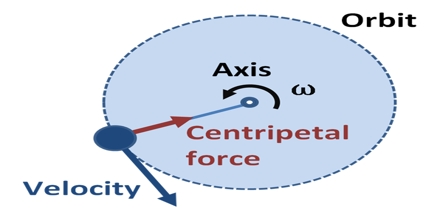 If the centripetal force acting on a body of mass m revolving in a circular path is F and if the angular velocity of the body is ω, then in vector form it can be written as:

F = – mω2 ř, here ř = position or radius vector of the body with respect to its centre. Since F and ř are mutually opposite to each other, hence negative sign has been used.