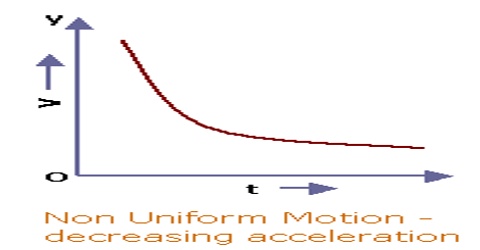 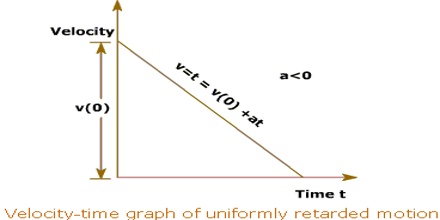 Example: A train is said to be retarded when it slows down on reaching a station, i.e. the velocity decreases. Retardation is acceleration with a negative sign. Or the negative value of acceleration shows that the velocity of a body is decreasing.

Example: When something thrown upward the acceleration due to gravity acts downward and taken as negative. When applying a break to stop cycle then also acceleration is negative.