Home Physics Trajectory of Projectile Motion is a Parabola 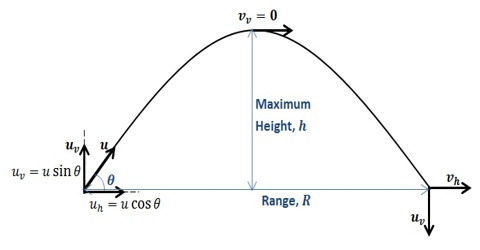 If you go to a stadium to enjoy cricket game then you will see that the cricket ball thrown from the boundary is seen to be ascending first and then comes back to the ground in a curved path. Similar phenomena are observed in case of motion of bullet fired upward from a gun, motion of arrows, bomb thrown from plane— in all cases same type of trajectories are observed. 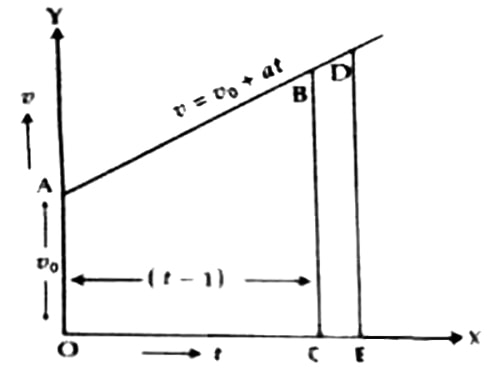 The two components are;

We can count time from the instant of ejection i.e., if distance travelled in time t = 0 is x, then according to the equation of motion, x = vx0 t + ½ ax t2

Again, as ax = – g, so after time t this velocity of the projectile in the vertical direction,

If after time t, the projectile reaches to a height y then,

If the resultant velocity makes an angle α with the horizontal, tan α = vy/vx

Putting the value of t in equation (3) we get,

This is the equation of a parabola.

These two quantities are constant in the path of ejection. So trajectory of a projectile is a parabola.