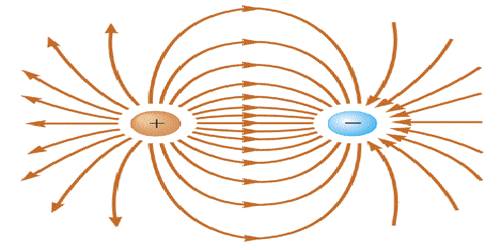 As for example, in hydrogen atom there one positive proton and a negative electron. So it is an electric dipole.

Dipole moment p = q x 2l. It is a vector quantity whose direction is from negative charge to positive charge.

What is Electromagnetic Theory?