Home Physics Contribution of Physics in the Analysis of Musical Sound 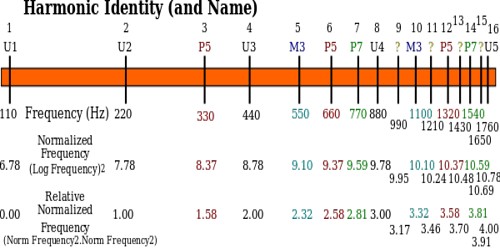 The contribution of Physics in the Analysis of Musical Sound

We know the characteristics by which we can distinguish clearly two sounds having same loudness and intensity is called quality. By this characteristic, it can be easily and instantly distinguished whether a song is emitting from a flute or a piano. A sound having the musical quality which is produced by the combination of tones, the intensity of that music can be identified by the frequencies of tones. The shape of displacement versus time curve of the sound wave and consequently the quality of sound changes due to the influence of the overtones resent in a musical sound. In figure displacements versus time of sound wave AB has been shown which have no difference other than the quality of sound. 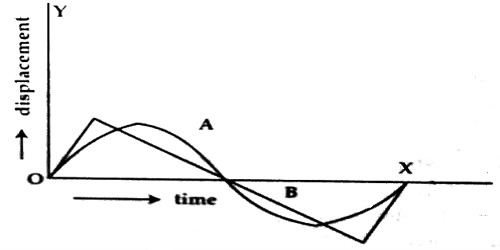 Again, quality of musical sound depends on the number of overtones present in that sound and also on amplitudes of those overtones. Overtones present in a sound produced due to the oscillation of a string depend on the points from where oscillations are produced. For example- if a string after plucking is released from a mid point, this point cannot be a nodal point. So in the midpoint of a string second, fourth etc harmonic nodal points do not exist. Actually, all even harmonics remain absent. So, generally, it can be said that at the point of excitation where one nodal point of overtones exists they do not exist on emitted sound from a string. In violin and similar other instruments musicians control the quality of sound using this principle, as a result, quality of sound is improved.

If a point of a vibrating string is touched gently then a nodal point is produced at that point. As a result except for the nodal point that exists at that point, all other overtones are suppressed. For example- if a vibrating string is touched at one-third distance, then other than 3rd, 6th, 9th, 12th, 15th etc., harmonics that exist at that point all other harmonics are suppressed. A musician while playing with instruments having strings touches at different fixed points of the string and hence unwanted harmonics get suppressed and thus the quality of sound is improved. So, it is seen that knowledge and idea of the pitch, quality, harmonic, overtone etc. we get from the chapter on the sound of physics with the help of this acquired knowledge. We explain and analyze the quality of sound and its loudness, intensity, pitch and other related phenomena.

Normally, sounds emitted from musical instruments are not pure tones, the combination of different tones produces music. The intensity of fundamental tone remains relatively more and by its frequency pitch of music is determined. Quality is dependent on the presence of overtones. In order to know this quality chapter on the sound of physics is needed to be studied and this knowledge improves the quality of music. Quality of two musics depends on (1) the number of overtones presents along with the fundamental tone. (2) the variation of frequencies of overtones and (3) relative magnitudes of the amplitude of overtones.

Explain Laws of Reflection of Light