Home Physics What is Audibility Range? 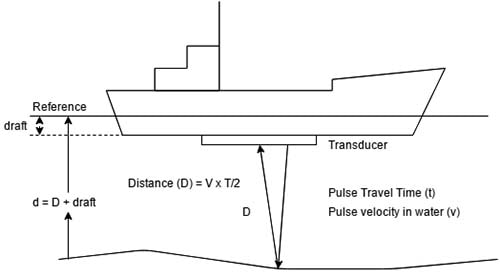 We know, the sound is not produced without vibration. If an object vibrates at least 20 times per second then the sound produced from that will be heard. Thus, if the frequency is more than 20000 Hz; the sound will not be heard also. So, the range of sound that we can hear is from 20 Hz to 20000 Hz. This frequency range is called range of audibility or Audibility Range. If the frequency of any source is less than 20 Hz then it is called infrasonic vibration. If the frequency of any source is more than 20000 Hz then it is called ultrasonic vibration. Though man cannot hear the ultrasonic sound animals like bats, dogs, bees can produce and hear it.

Determination of the depth of ocean:

To measure the depth of ocean a machine is used which is called SONAR The elaboration of SONAR is Sound Navigation And Ranging. There is a system of receiving and transmitting ultrasonic sound in this machine.

The ultrasonic sound is produced and transmitted through the water with the help of this machine and if this sound returns being reflected from the bottom of the ocean, it is received by the receiver of the machine. If the recorded time of transmitting and receiving is subtracted then the time of traveling is found. Suppose this time is t and the depth of the ocean is d. If the velocity of sound in the water is v,

The summation of the distance travelled during return and transmission of sound is d+d = 2d.

By knowing the velocity of sound, the depth of ocean can be measured with the help of the above equation.

Difference between Longitudinal and Transverse wave