Home Physics Experiment for the Production of Stationary Wave 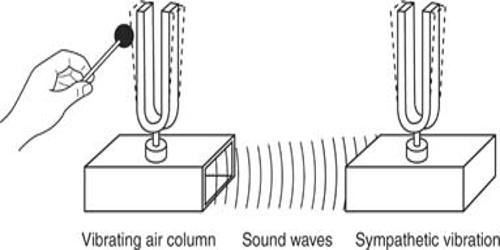 Experiment for the production of stationary wave:

Attach a scale pan at one end of a string taken over a pulley. Attach the other end of the string with the arm of a tuning fork. Put some weight on the scale pan. You will see that the string is stretched. Now strike the tuning fork.

A progressive wave is produced when a tuning fork is vibrated [Figure] and progressing along the string is reflected from the other end of the string. Due to the superposition of the incident and reflected waves stationary wave is produced. By changing the weights on the scale pan distinct nodes and antinodes can be seen.

Dependence of Intensity on different Factors