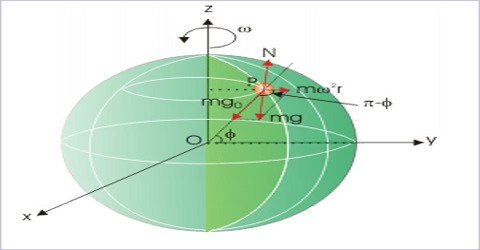 Variation due to the rotation of the earth about its axis: 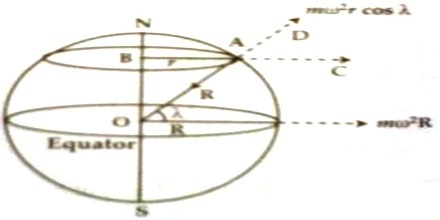 If the magnitude of acceleration due to gravity at point A is g/ then the apparent weight of the body is mg/.

Gravitational Intensity due to a Point Mass