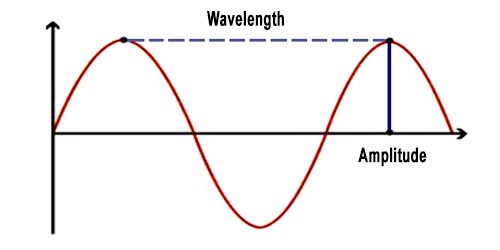 Difference between Progressive and Stationary Waves are:

Progressive Waves – A progressive wave moves away from the source, or it moves relative to a coordinate system in a fluid, or it advances on the sea surface or at an intermediate depth. They are those waves having visible disturbances meaning the vibrations can be seen moving throughout the material. 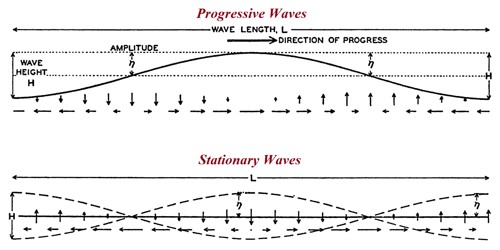 Stationary Waves – A stationary or standing wave remains in a constant position. These waves are produced when two waves interfere this results in an invisible disturbance though the wave is moving throughout the material. These waves consist of two different points known as nodes and antinodes.