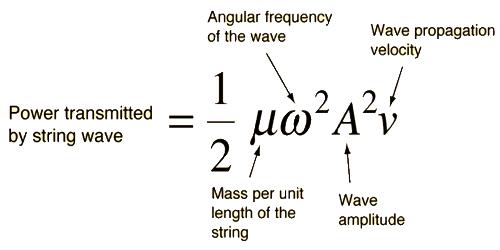 Suppose, a progressive wave is travelling along positive x-direction with constant velocity v. Due to wave motion particles of the medium will vibrate with simple harmonic motion about their equilibrium positions. If at instant t displacement of a particle is y, the equation of the motion of the particle is, y = a sin ωt, here ‘a’ is the amplitude. If frequency of the wave is n, then ω = 2πn.

So, total energy of the vibrating particle is;

Let the particle per unit of the medium through which the wave is propagating is N. So, energy of all the particles in a unit value i.e., energy density of the wave is,

In unit time the wave travels a distance v. So, energy passing through unit area placed normal to the direction of propagation i.e., intensity of the wave, I, is equal to the energy in a cylinder, C having unit area of cross-section and length v (Figure). 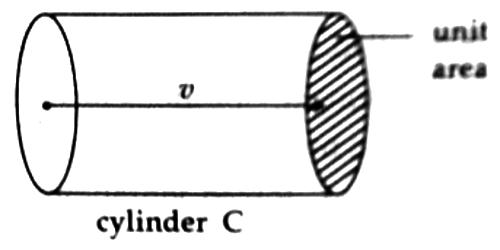 So, intensity of the wave, I = density of energy x value of the cylinder C

It is seen from this equation that intensity of wave is,