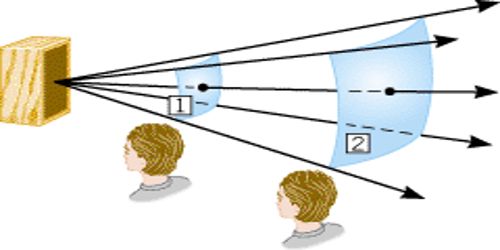 Dependence of intensity on different factors:

Intensity of sound depends on the following factors:

Presence of other bodies: If there is a body near a vibrating source of sound, then that body also vibrates with the same frequency. It is called forced vibration. If the area of the body is very large, the intensity of sound due to forces vibrations increases significantly. For this reason there are hollow covers in stringed musical instruments like setar (three-stringed instrument), violin, guitar etc. When played, forced vibrations are produced inside the cover and also in the air inside the cover. So the sound becomes more intense i.e., loud sound is heard.

State the characteristics of wave motion