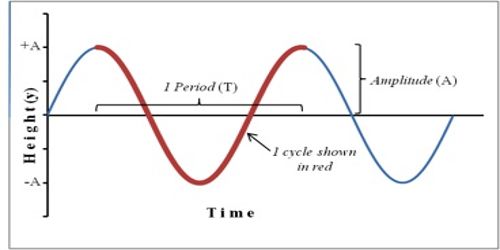 Oscillation is going back and forth repetitively between two positions or states. An oscillation can be a periodic motion that repeats itself in a usual cycle, such as a sine wave, the side-to-side swing of a pendulum, or the up-and-down motion of a spring with a weight. An oscillating movement is around an equilibrium point or mean value. It is also known as a periodic motion.

One oscillation is a entire movement, whether up and down or side to side over a period of time. A complete oscillation occurs when the vibrating object moves to and fro from its original position and moves in the similar direction as its original motion.