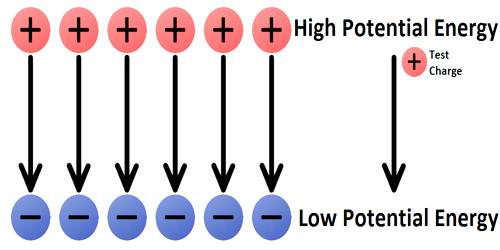 Electric potential energy is the energy a charge has due to its position relative to other charges. If you take a ball with mass m and raise it to any height, you are giving it gravitational potential energy.

Let a test charge q0 be at rest between two oppositely charged plates [Figure]. Since the plates are charged, the test charge will be attracted by the lower plate. Let the test charge be kept to rest at the position. A by applying some external force (say by hand). Now, let the charge be taken from position A to position B against the attractive force by applying some external force. The external force does work in taking the charge from A to B. According to work-energy principle, the work done is equal to the change in total energy. 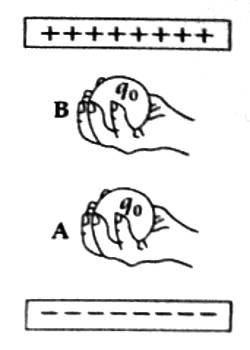 This potential energy per unit charge is called electric potential or simply potential.

Here, VB and VA are respectively the potentials at point B and A.