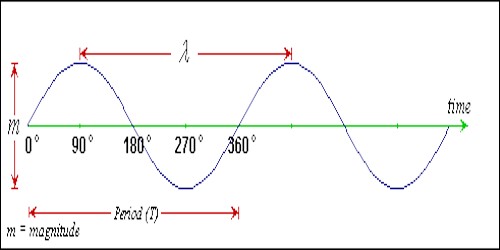 Wave theory of light: Contemporary to Sir Isaac Newton, the famous Dutch scientist Huygens first put forward the wave theory of light in 1678. Later on Young, Fresnel, and other scientists well established this theory. According to this theory light, traveling through a hypothetical medium called ether, goes from one place to another place and when reaches to our eyes creates a feeling of vision. Light can exhibit both a wave theory and a particle theory at the same time. Much of the time, light behaves like a wave. Light waves are known as transverse waves as they oscillate in the direction traverse to the direction of wave travel.

In a vacuum, or other uniform mediums, the light waves are spherical, and these wave surfaces advance or spread out as they travel at the speed of light. This theory explains why light shining through a pinhole or slit will spread out rather than going in a straight line. Newton’s theory came first, but the theory of Huygens, better described early experiments. Huygens’ principle lets you predict where a given wavefront will be in the future if you have the knowledge of where the given wavefront is in the present.

Electric and magnetic vibrations, moving at the speed of light in vacuum, in which electric and magnetic fields are perpendicular to each other and both of them are normal to the direction of propagation of the wave is called an electromagnetic wave.

Reflection, refraction, interference, diffraction of light can be explained by this theory; but polarization. Photoelectric effect cannot be explained. Later on by the experiment of Michelson-Morley, it was established that there is no existence of matter called ether in nature.