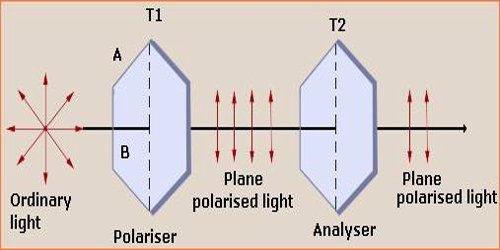 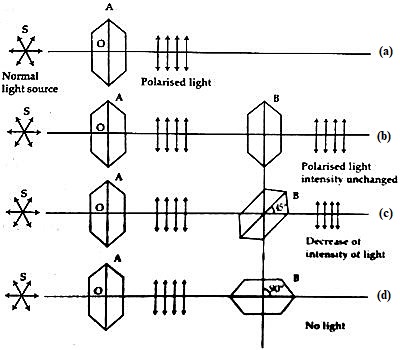 From this experiment, it is proved, beyond doubt, that light wave is not a longitudinal wave, but a transverse wave, since light waves emitted from the crystal A is vibrating in one particular plane. For this reason light emitting from A is called polarized light.

Light waves emitting from S are vibrating all around. From S to A this condition of light waves will continue. So light between the spaces S to A is unpolarized. But light waves from A to B have been brought along a particular plane. Hence, light in this space is polarized. When the optic axes of A and B are parallel to each other, then light beyond the portion B is polarized. Here A is called a polarizer and B is called an analyzer. In 1690, Huygens discovered the polarization of light.