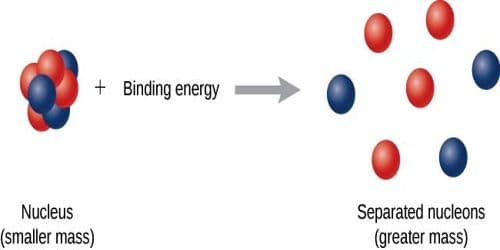 We know, each atom of all the elements, except hydrogen, is composed of protons and neutrons. These are called nucleons. The total number of nucleons is called the mass number. It is represented by μ. Now we will discuss what is binding energy per nucleon.