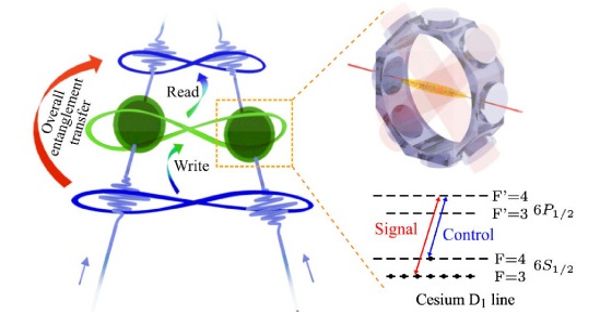 Memory-based on spintronics physics could deliver high speeds at low power. Researchers are a step closer to developing a new type of memory that functions according to the concepts of spintronics, and is similar to, but separate from, electronics. Their special gallium arsenide-based ferromagnetic semiconductor can serve as a memory by easily flipping its magnetic state in the presence of low-power induced current. Previously, such current-induced magnetization switching was unreliable and drew a lot of power, but this new substance both suppresses volatility and reduces power consumption.

Memory-based on the physics of spintronics could offer high speeds at low power. Spintronic devices could replace some electronic devices and offer greater performance at far low power levels.

The field of quantum computing is frequently discussed by the technical press; however, another new field along similar lines appears to be ignored, and that is spintronics. In short, spintronic devices may replace certain electronic devices and deliver better efficiency at far low power costs. Electronic systems use the acceleration of electrons for electricity and contact purposes. Whereas spintronic machines use the transferable properties of stationary electrons, their angular momentum, or spin. It’s sort of like making a line of people pass a message from one to the other, rather than having a person sprint to the other at one end. Spintronics eliminates the work taken to execute computing or memory functions.

Spintronic-based memory devices are likely to become popular since they have a valuable function in that they are non-volatile, ensuring that if they are in a certain state, they retain that state even without control. Conventional computer memory, such as DRAM and SRAM made of ordinary semiconductors, loses its state when switched off. At the heart of experimental spintronic memory systems are magnetic materials which can be magnetized in opposite directions to reflect familiar binary states of 1 or 0, and this flipping of states can occur very, very rapidly. However, there has been a long and arduous quest for the right materials for this purpose, as magnetizing spintronic materials is no easy matter.

“Magnetizing a material is analogous to rotating a mechanical device,” said Associate Professor Shinobu Ohya of the Center for Spintronics Research Network of the University of Tokyo. “There are rotational forces at play in rotating systems called torques; similarly, there are torques, called spin-orbit torques, in spintronic systems, but they are quantum-mechanical rather than classical. Among spin-orbit torques, ‘anti-steaming torque’ aids magnetization switching, although ‘field-like torque’ will endure it, raising the level of the current needed to conduct the transition.

Ohya and his team have been working with various materials and different types of these materials. At small scales, the anti-steaming torque and field-like torque will behave very differently depending on physical parameters such as current direction and thickness. Researchers also observed that the unwanted field-like torque has been suppressed with thin films of a gallium arsenide-based ferromagnetic semiconductor just 15 nanometers wide, around one-seven-thousandth of the dollar bill. This means that the magnetization switch has occurred with the lowest current ever reported for this type of operation.