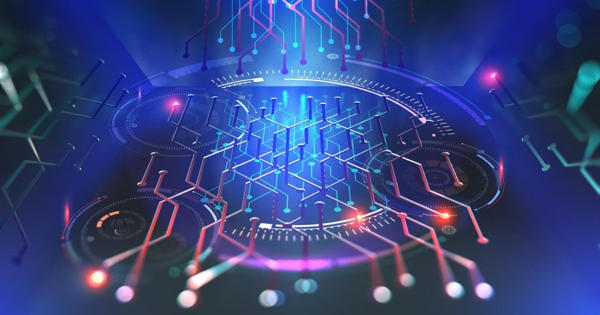 Quantum science has the potential to revolutionize modern technology by making computers, communication devices, and sensing devices more efficient. However, there are still obstacles to achieving these technological goals, particularly when it comes to effectively transferring information in quantum systems.

In traditional computers, bits are used to represent information. Quantum computers, on the other hand, are based on quantum bits, or qubits, which can be created from a single electron.

In contrast to ordinary transistors, which can only be “0” (off) or “1” (on), qubits can be both “0” and “1” at the same time. The ability of individual qubits to occupy these so-called superposition states, in which they are in multiple states at the same time, underpins quantum computers’ enormous potential. Quantum computers, like ordinary computers, require a method to transfer quantum information between distant qubits, which poses a significant experimental challenge.

In a series of papers, Rochester researchers report major strides in improving the transfer of information in quantum systems.

Researchers at the University of Rochester, led by John Nichol, an assistant professor of physics and astronomy, and graduate students Yadav Kandel and Haifeng Qiao, report major advances in enhancing quantum computing by improving the transfer of information between electrons in quantum systems in a series of papers published in Nature Communications.

In one paper, the researchers demonstrated for the first time with electron-spin qubits a method of transferring information between qubits known as adiabatic quantum state transfer (AQT). Unlike most methods of transferring information between qubits, which rely on carefully tuned electric or magnetic-field pulses, AQT is not as susceptible to pulse errors and noise.

To understand how AQT works, imagine you’re driving a car and need to park it. If you don’t hit the brakes at the right time, the car will not be where you want it to be, which could have serious consequences. In this sense, the control pulses to the car—the gas and brake pedals—must be carefully tuned. AQT is unique in that it doesn’t matter how long or hard you press the pedals: the car will always end up in the correct position. As a result, AQT has the potential to improve information transfer between qubits, which is critical for quantum networking and error correction.

The researchers demonstrated the effectiveness of AQT by utilizing entanglement, which is one of the fundamental concepts of quantum physics in which the properties of one particle affect the properties of another even when the particles are separated by a large distance. The researchers used AQT to transfer one electron’s quantum spin state across a chain of four electrons in semiconductor quantum dots, which are tiny, nanoscale semiconductors with extraordinary properties. This is the longest chain ever used to transfer a spin state, tying the record set by the researchers in a previous Nature paper.

“Because AQT is robust against pulse errors and noise, and because of its major potential applications in quantum computing, this demonstration is a key milestone for quantum computing with spin qubits,” Nichol says.

Exploiting a strange state of matter

In a subsequent paper, the researchers demonstrated yet another method for transferring information between qubits, this time using an exotic state of matter known as time crystals. A time crystal is an unusual state of matter in which interactions between the particles that comprise the crystal can indefinitely stabilize oscillations of the system in time. Consider a clock that never stops ticking; the clock’s pendulum oscillates in time, similar to an oscillating time crystal.

The researchers were able to create a state similar to a time crystal by implementing a series of electric-field pulses on electrons. They discovered that by utilizing this state, they could improve the transfer of an electron’s spin state in a chain of semiconductor quantum dots.

“Our work shows how strange and exotic states of matter, such as time crystals, can potentially be used for quantum information processing applications, such as transferring information between qubits,” Nichol says. “We also show theoretically how this scenario can implement other single- and multi-qubit operations that could be used to improve quantum computer performance.”

While they are not the same, AQT and time crystals could be used in tandem with quantum computing systems to improve performance. “These two results demonstrate the strange and interesting ways that quantum physics allows information to be sent from one location to another, which is one of the main challenges in building viable quantum computers and networks,” Nichol says.