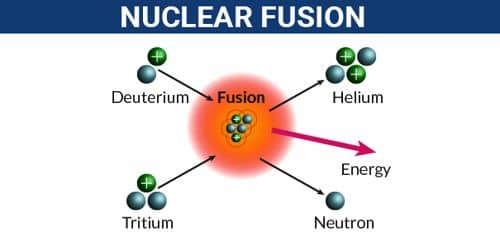 Rutherford was first able to disintegrate nitrogen nucleus by the alpha particle (4He) emitted from a radioactive substance. This was the first event of creating a nucleus by breaking artificially a nucleus. This was the first nuclear reaction. That means the nuclear reaction is a nuclear phenomenon. In nuclear physics, a nuclear reaction is a process in which two nuclei or nuclear particles collide, to produce different products than the initial particles. It is a process in which the nucleus of an atom is changed by being split apart or joined with the nucleus of another atom. The reaction that occurs in nitrogen nucleus is as follows:

The particle emitted due to a reaction is called a proton.

Later on using alpha particle, neutron particle and other particles observed many nuclear reactions and consequently, important information about the structure of the nucleus, internal distribution, nature etc have been gathered.